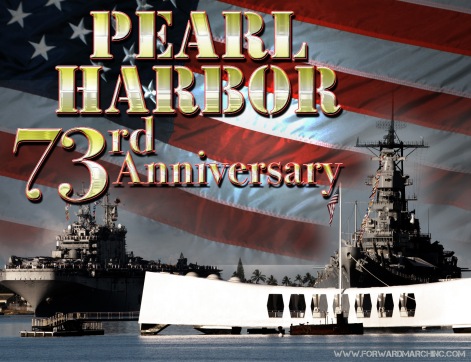 Just before 8:00 On December 7th, 1941 Japan launched a surprise attack against the United States at Pearl Harbor, Hawaii. 2,403 U.S. citizens, to include 800 civilians, were killed during the attack and an additional 1,178 people were wounded. The U.S. had 8 battleships of the Pacific Fleet, which were sunk or badly damaged. This attack launched the U.S. into World War II. Today there are less than 5,000 survivors of the Pearl Harbor attack. Yesterday marked the 73rd anniversary of the Pearl Harbor attack.

Let us never forget the brave souls who lost their lives on that day 73 years ago.