Social media is used by so many today that it has become a ubiquitous aspect of our 21st century reality. Businesses and individuals alike use a variety of social media platforms to connect to others.

There is a new social media site that Veterans and Active Duty Military personnel may want to check out. http://www.togetherweserved.com/ is a social media site set up for us, or to be more specific, those of us who served. The gives the user the ability to add a ton of information about you and your career (military and post military). While they have a very small subscription fee there is also a robust package for those who want a free service.

Not so long ago we published an article that will help you keep your social media pages and strategies professional and prevent them from becoming a liability in your career search or in your military career. Read that post here…

Forward March Inc. is an SDVOB (Service Disabled Veteran Owned Business). We are a company of veterans helping veterans. Today we would like to share with veterans and transitioning military personnel some valuable tools for employment, education and transition. You can find these valuable tools and more on our website here…

National Resource Directory – Connecting Wounded Warriors, Service Members, Veterans, Their Families and Caregivers with Those Who Support Them.

VetSuccess– VetSuccess is sponsored by the U.S. Department of Veterans Affairs and provides the opportunity for veterans to post resumes, and for employers to post job openings as well as links directly to Vocational Rehabilitation and Employment (VR&E) national employment resources for employers.

The US Army has the COOL program – “COOL (Credentialing Opportunities On-Line) helps Army Soldiers find information on certifications and licenses related to their Military Occupational Specialties (MOSs). COOL explains how Soldiers can meet civilian certification and license requirements and provides links to numerous resources to help get them started.”

The US Navy also has the COOL program for their service members.

Currently the US Army is using the Transition Assistance Program (TAP), which provides job assistance and separation counseling for soldiers and their families.Soldiers can learn more about this program at the official TAP site

The US Navy uses a program called Transition GPS

Real Strength – Resume and Interviewing information and much more

Locate veterans at an American Job Center near you –http://www.uschamberfoundation.org/form/hiring-500000-heroes

Sunday, March 15th was the 96th birthday of The American Legion.

The March 1919 Paris Caucus set in motion The American Legion.

The American Legion was chartered by Congress in 1919 as a patriotic veterans organization. Focusing on service to veterans, service members and communities, the Legion evolved from a group of war-weary veterans of World War I into one of the most influential nonprofit groups in the United States. Membership swiftly grew to over 1 million, and local posts sprang up across the country. Today, membership stands at over 2.4 million in 14,000 posts worldwide. The posts are organized into 55 departments: one each for the 50 states, along with the District of Columbia, Puerto Rico, France, Mexico and the Philippines.

Over the years, the Legion has influenced considerable social change in America, won hundreds of benefits for veterans and produced many important programs for children and youth.

You can learn more about The American Legion here… 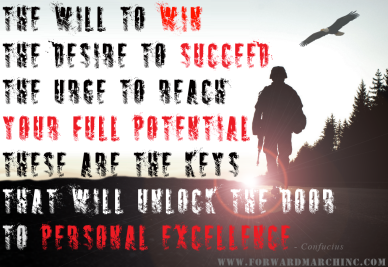 Today’s Armed Forces are the most educated, well-trained, and dedicated military our country has ever seen. There are countless reasons why organizations benefit from hiring veterans, ranging from tax breaks to the knowledge that they are hiring the cream of the crop in the job market. Companies realize this and, without a doubt, are hiring veterans. Although veterans are working, in most cases, they are not working in jobs and positions that reflect their true potential and we as veterans are partially to blame.

I recently had a lengthy discussion with a military veteran who just weeks ago retired after over 20 years of service. This senior NCO had done some amazing things over the course of his career, but the one thing he did not do is prepare himself for life after the service. Because he was part of the drawdown, his retirement basically snuck up on him. He is not alone. Despite the military’s best efforts to prepare transitioners, so many veterans leave the service without a solid exit plan. 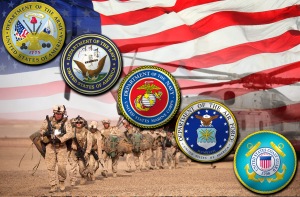 Here are some key strategic errors many transitioners make that leaves them underemployed:

Timing. Whether you are entering government service or corporate America, you must understand that the hiring process is lengthy. The time from initial application, interview, and hire can take three to six months or longer. So what does this mean? It means you have to apply backwards planning to your transition plan.

For example, let’s say your discharge or retirement date is 1 August, with terminal leave starting 31 June. Let’s say you want to take a couple of weeks to rest and relax after transition, and you want to start work on or about 15 July. This should tell you to start applying for jobs as early as January. Waiting until June is way too late.

So how does poor timing lead to underemployment? First, as your transition date gets closer, you might be pressured to take the first thing that comes along regardless of pay and benefits. After all, it’s a job. You might also be willing to accept a job well below your pay grade until something better comes along. Not much of a plan, is it?

Whether you stayed in the military for four years or 20 years, there is no excuse for not completing a degree. With the GI Bill, tuition assistance, and loan repayment, the military is basically giving away a free education. If you choose not to take advantage of those programs, you will be facing underemployment. It’s great that you were a Platoon Sergeant who led men into combat, but if the job you want requires a degree and you don’t have one, then what?

Some companies will take military service over a degree, but don’t count on it. Don’t give a company a reason not to hire you. Make an educational plan early in your military career and execute.

Resume. Veterans accomplish a great number of things while in uniform, but many do a poor job of capturing it on a resume. A civilian recruiter or hiring manager may not know what a squad leader is, so why would you list it on a resume? “Squadron Commander” may be a key phrase for you, but the person, or computer, screening your resume has no clue what that is.

Resumes must be tailored for the job you are applying to and free of military jargon. It needs to be free from spelling and grammatical errors. It needs to be “civilianized” for corporate America and in a completely different format when applying for federal government jobs.

It’s great that your LinkedIn profile picture is of you in your dress uniform, but could that cause a barrier between the hiring manager that knows nothing about military service, or a corporate recruiter intimidated by all the medals and badges? I like the Facebook profile picture of you having a hefeweizen in Heidelberg, but what would a potential employer think? The picture of you and your team in full body armor with your M4 slung across your chest in front of a LAV-25 is sweet, but could it scare a hiring manager?

Mind Set. It’s outstanding that you’re a retired Master Gunnery Sergeant. I am proud of you for retiring as a Lieutenant Colonel or Navy Commander. Thank you for your service. I hate to break it to you though, your rank does not matter to anyone outside the military.

Just because you were a Brigade Command Sergeant Major does not entitle you automatically to a six figure corporate salary. If you are lucky enough to land that job, congratulations. For everyone else, you are starting over and need to understand that.

I am not saying you should apply for entry level positions and be underemployed, I am merely stating you must have realistic expectations of the job market and realistic expectations of the level of jobs you should be applying to. Otherwise, you are setting yourself up for frustration and might find yourself in a position where you have to take the first thing that comes along.

Lets imagine for a moment that you are one of those who did not serve in the military. After 10 or 20 years of doing one kind of job you decide to change to a new career field. Virtually the same thing would apply to that civilian, they would have to have realistic expectations. If you were a senior software developer and then decided to get into automotive design you are not likely to head an automotive design team right off the bat.

The key take away here is whether you spent four years or twenty four years in the service, you must have a plan to “rebrand” yourself. Although you are a Soldier, Sailor, Airman, or Marine for life, one day you will be a civilian. It’s never too late to plan for life after the military.